How do power, history and memory permeate and affect our experience of identity? How do people construct and protect their identities against oppressive hegemonic discourse which eliminates their stories? Queer bodies have been unsettling and disruptive for their capacity to challenge society’s norms by cracking and bleeding its major conceptual narrative, that of heteronormativity and gender conformity. Vulnerable to attack and discrimination, queer identities have often been kept camouflaged, secret, hidden or suppressed in order to survive in public space. The past of the LGBTQIA+ community can be traced back to a long history of struggle and resistance against violence, shame and extinction of its people who dared to defend their rights over their own stories and their own bodies. Through various artistic media, the following narratives of queerness stand as evidence of resilience and survival. Surviving tales unravels as a compilation of stories about love, intimacy, companionship and pride. The different approaches, ranging from experimental film, documentary and appropriation techniques to photography, magazine and digital video, problematise the contemporary status of identities and envision potential future frames that we could design for them. This section’s works are loud and proud interpretations of the personal truths of their authors who aim to liberate the queer identity from erasure and silence.

“And she met Zane in the night soirées of “Nostra Vida,” Zane had a huge hat and a strong personality. She launched a poetry book that became a classic in Latin America.”

Nostra Vida, from the series ‘A streetcar named desire’

“And they didn’t wait and have sex in the backyard, afterwards, they invited the neighbors to celebrate the promotion in the work of one of them.”

And they didn’t wait, from the series ‘A streetcar named desire’

“And the most famous fashion magazine in the world was theirs, they called it Vogue.”

Vogue, from the series ‘A streetcar named desire’

“Marcos took Lucas to the arches of Lapa, Marcos was going to graduate in Philosophy and Lucas was a great musician on the rise.”

Another Rio, from the series ‘A streetcar named desire’

“Henry and Joseph were the most famous of the bars in the area, walking the city streets singing Johnny Cash and smoking marlboro hand in hand.”

“And the most beautiful love story in the world was no longer Romeo and Juliet, but between two boys from Texas.”

Two boys from Texas, from the series ‘A streetcar named desire’

In this work, I appropriate images of queer couples from different and significant periods of the beginning of the century XX. In Brazilian Portuguese “Streetcar” is called “Bonde”, which is also used as an expression for a group of dear people. With the insertion of the text, I create a possible fictional narrative, which could be real in a world where the machist and homophobic structures belonging to the patriarchy had not been established. In a world where the “identity” of man and his harm did not exist and had not left wounds on bodies and made other stories invisible. These photographs and micro stories are ways of validating the existence and demystifying current and recent discourses, but backward as the “In my time there was no such thing”. Living up to time in a biased and self-perceptual perception. For these bodies and relationships existed, but they could not be seen. Homo-affectivity has existed in the history of the world as well as in art since its beginnings, from Greek craftsmanship to these photographs, which were clearly taken with the confidence of a photographer. For until recently and even today, homosexuality is seen as a crime or something to be repressed. In this work I question the past, present and future. Using pop culture (as in the title, inspired by the Tennessee Willians play, that questioned gender roles in the 1950s) and throughout the sentences. If these little stories were somewhat real in their time period, how would we be today? How would ours be now? These reflections hover the idea of desire, but also the movement where we can act, fight and build our stories with the essences of these in our present, for a possible future.

A Room of Oblivion is an experimental film reflecting on the notion of queer memories, and the failure of it through rediscovered footage taken in a journey with an ex-partner.

Ace of Baes is a series of video portrayals, where twelve asexuals step forward from a marginalised position, to raise awareness about a group of queers who face many false assumptions, based on stereotypes and prejudice. Asexuals share comparable forms of heteronormative oppression with many homosexual and trans people. Often misdiagnosed and wrongly medicated, asexuals are often victims of corrective rape and the misinformation around the validity of their queer identity leads them to hide their true identity or to live life as outcasts. The Ace of Baes cast includes model Yasmin Benoit (UK), actress Noreen Quadir (US) and the ace activists Sebastian Wolf Mohlin (SWE), Vesper Hill aka QueerAsCat (JAP) and Harris-Hijiri (JAP). Ace of Baes is a movement, a proud community of those that identify within the ace spectrum and who have #genuinlyNOfuckstogive. 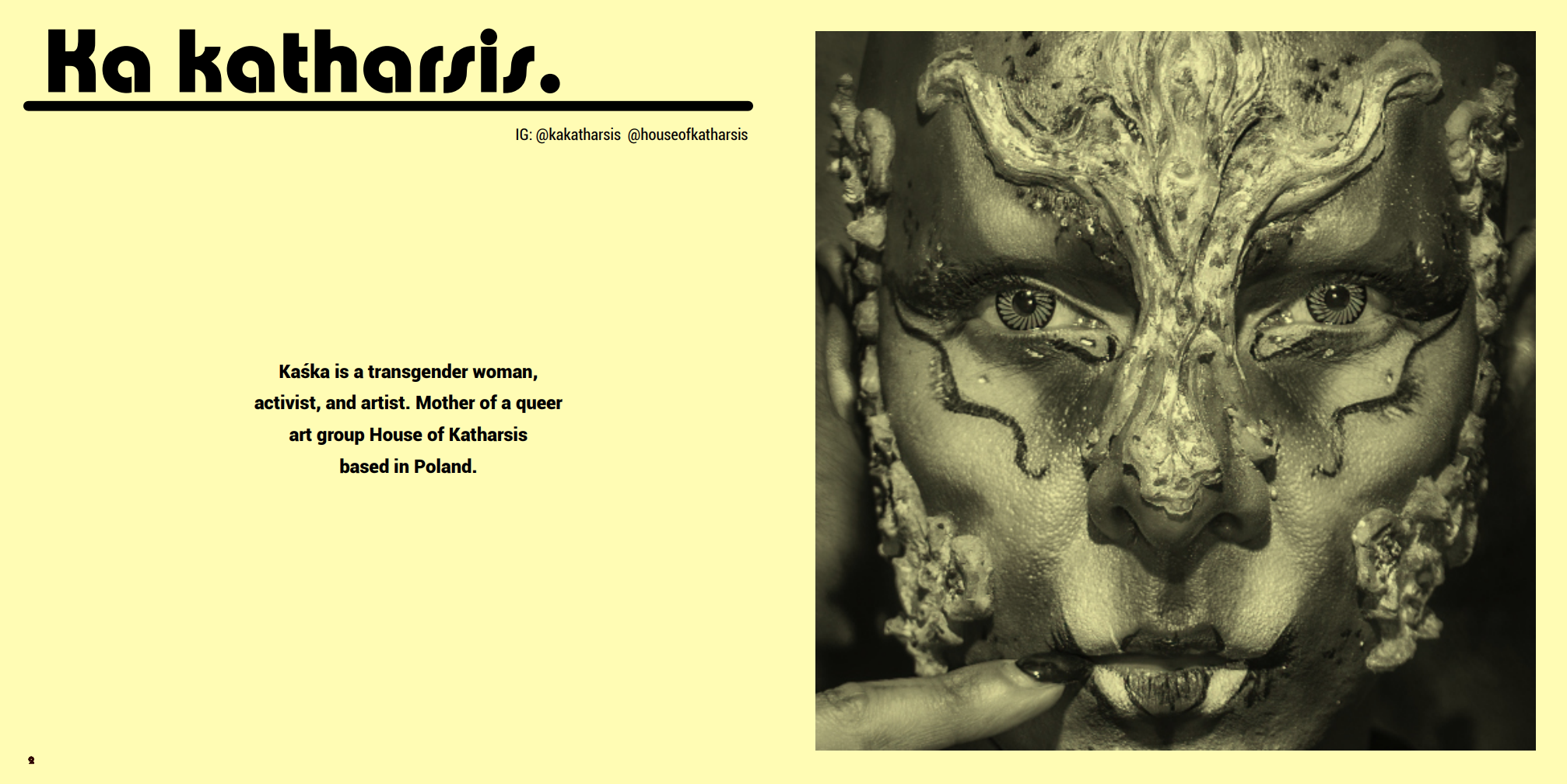 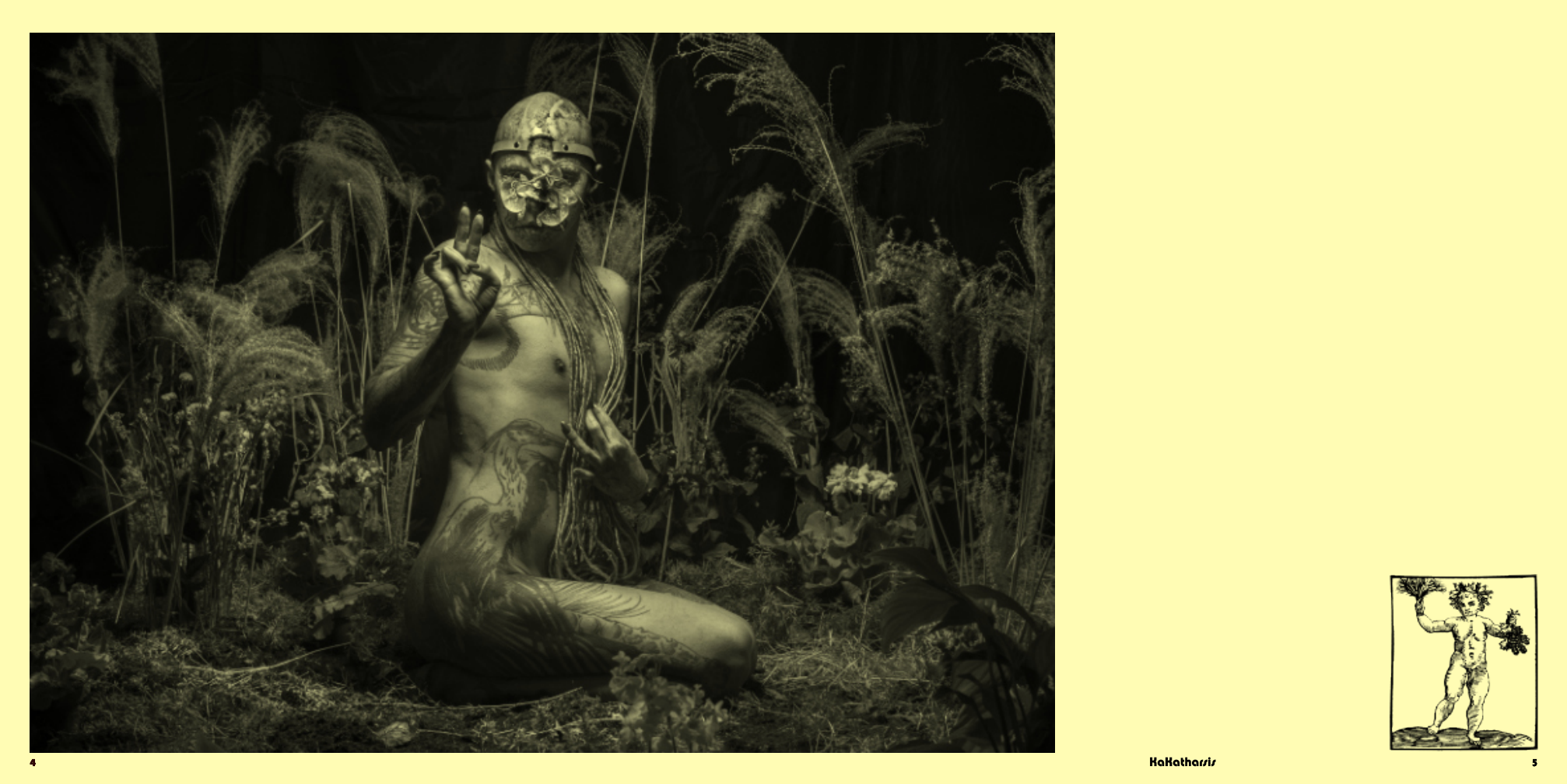 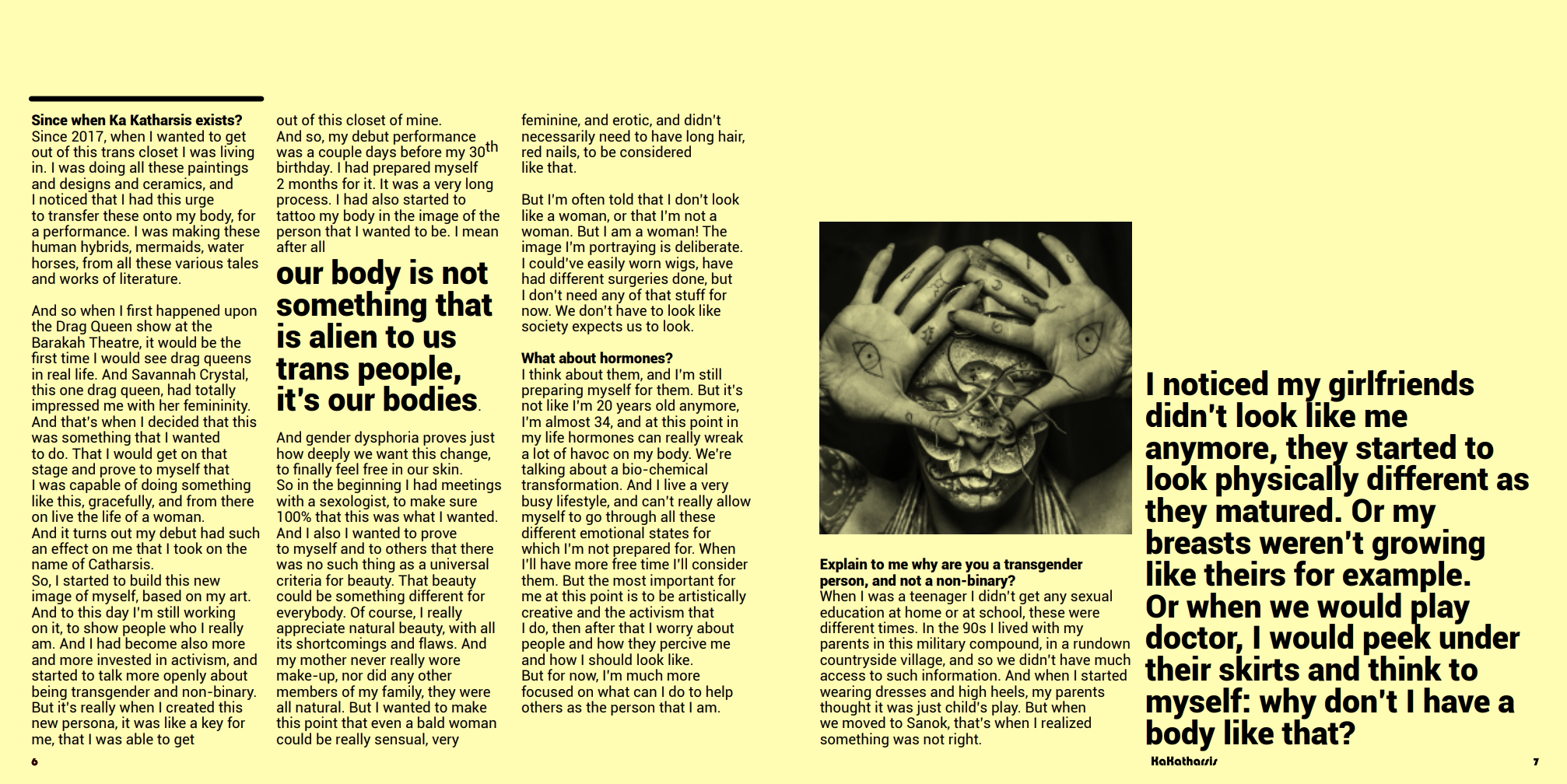 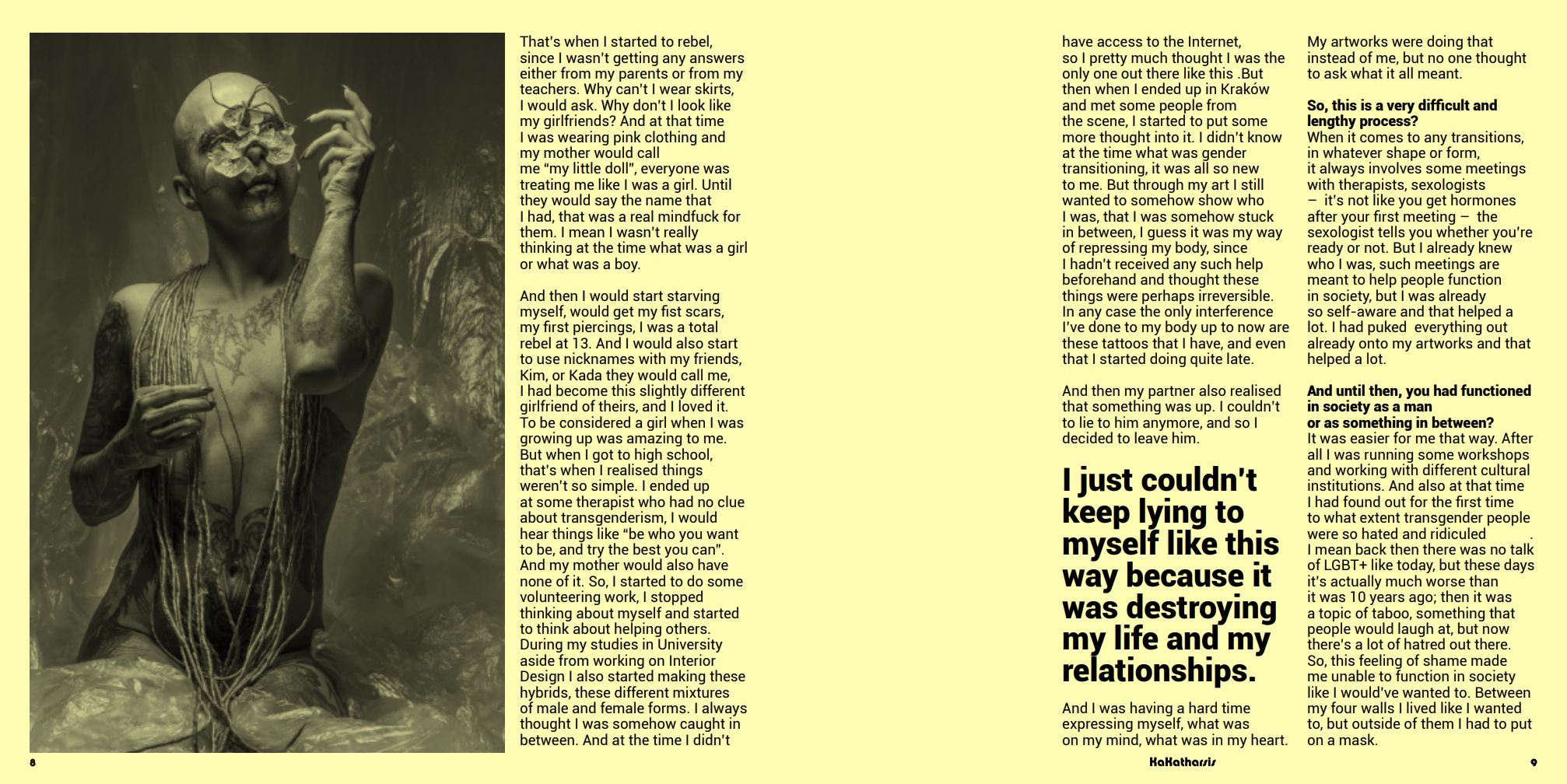 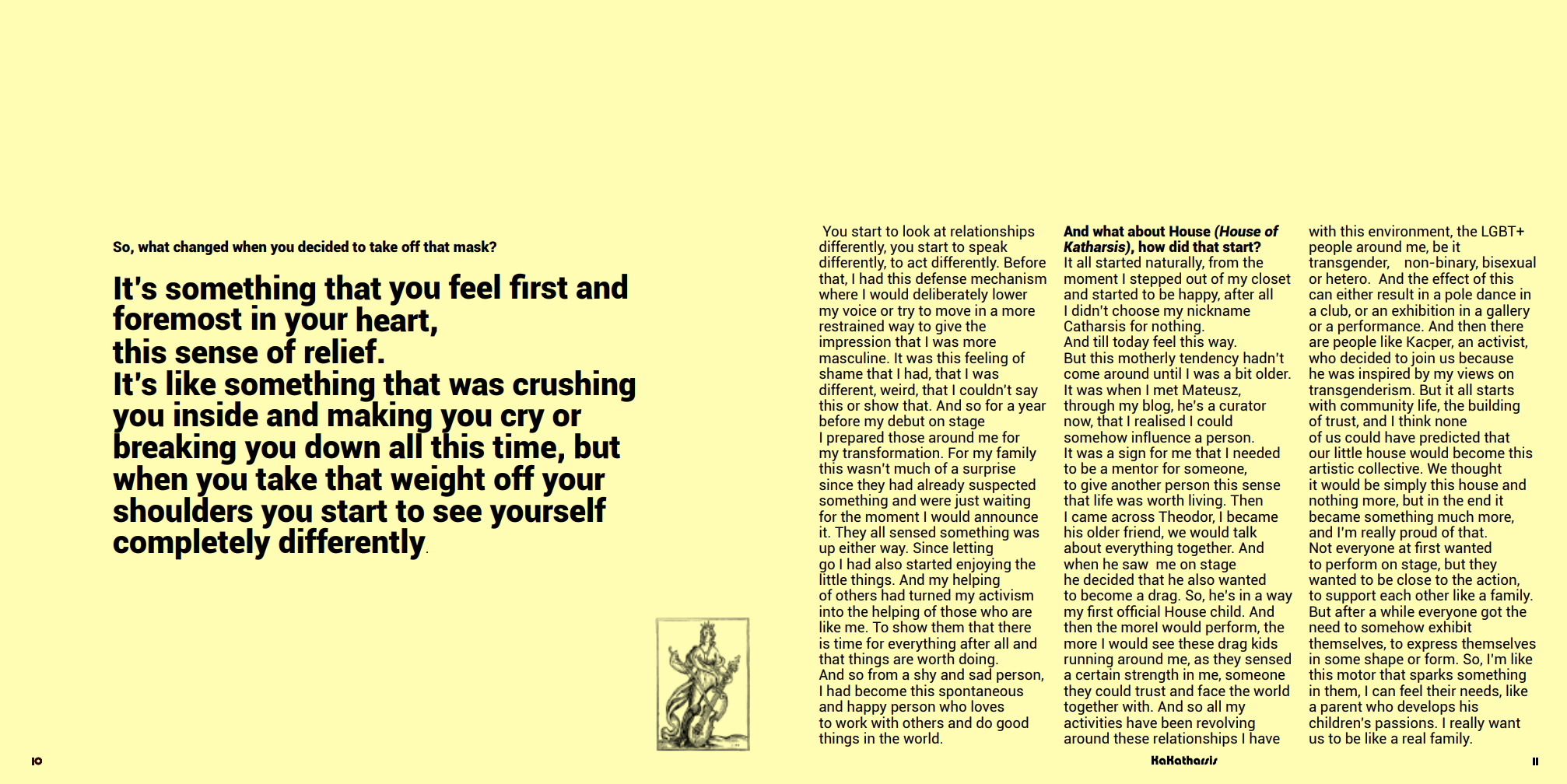 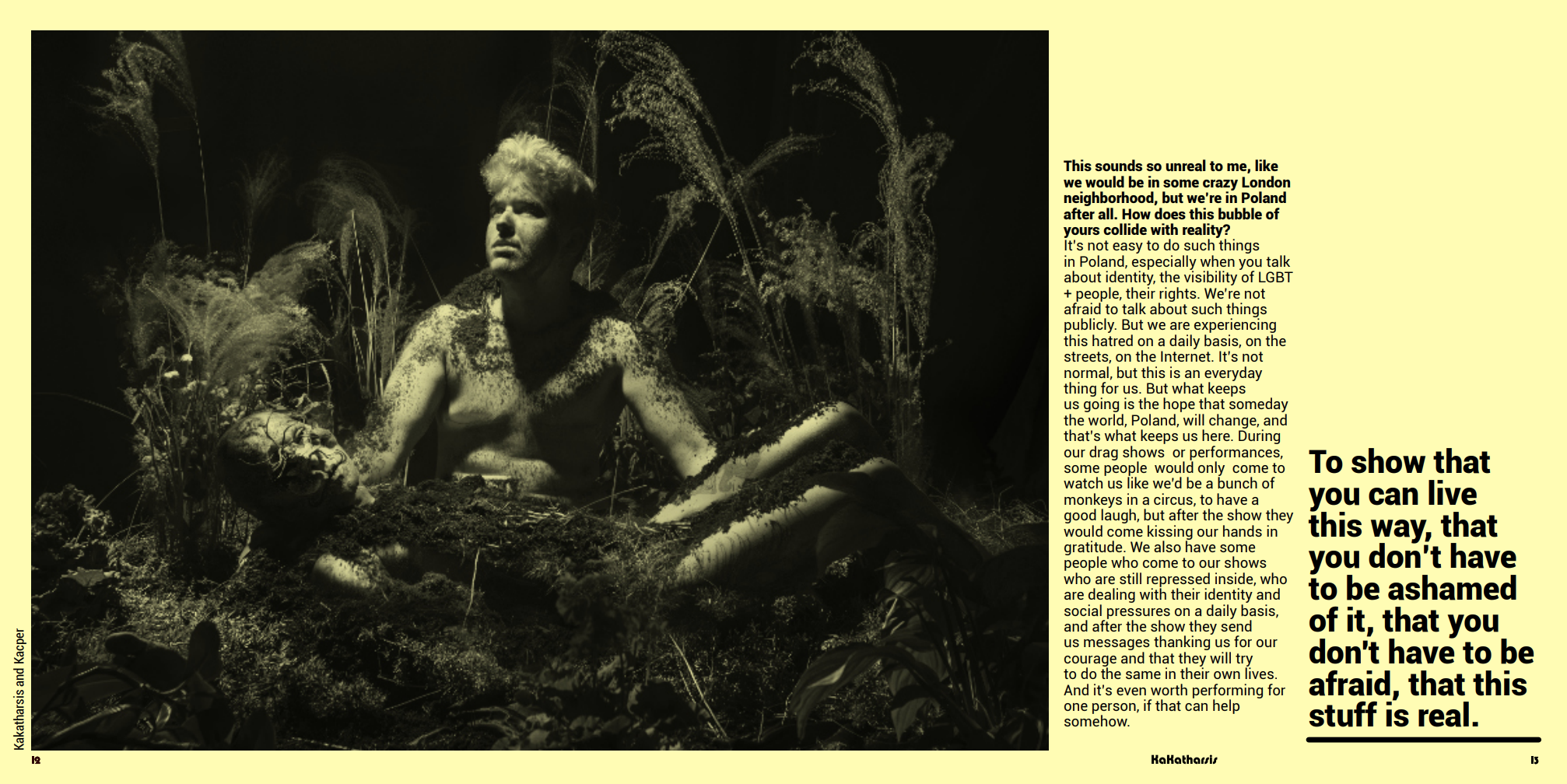 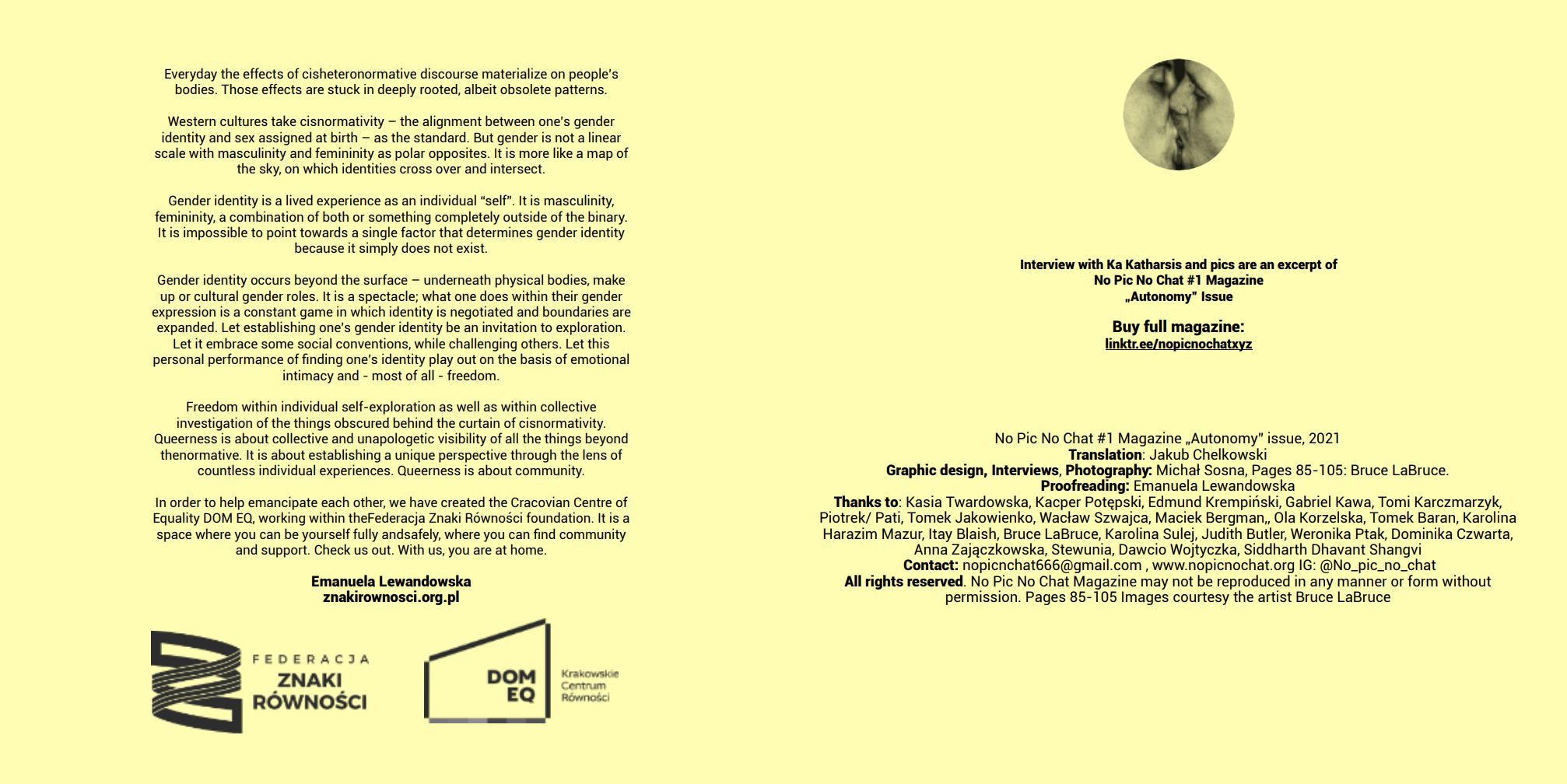 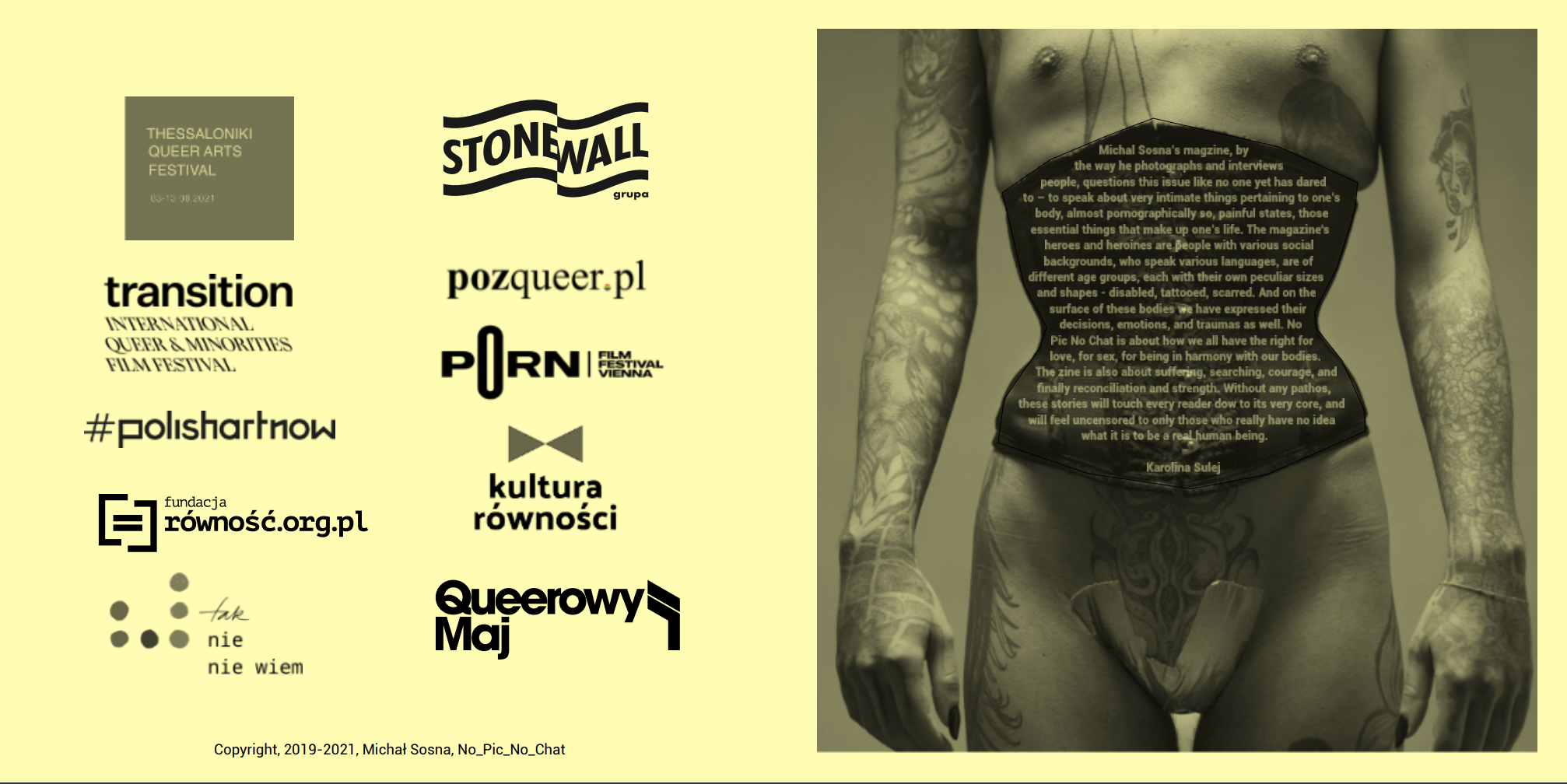 LGBTQ+ community members are marginalised by the Polish government on a national level, and homophobia and transphobia are officially supported by politicians. Over 30% of towns in Poland declared themselves as “LGBT FREE ZONES”. President Duda as well as the ruling party are openly homophobic. People are attacked on the streets by far-right supporters. In 2020 Poland was ranked as the most homophobic country in the EU by ILG. The photographs presented here, were taken for The First issue of a self-published printed magazine which is focused on sexual identity of transgender, gay, non-binary people in Poland. The publication explores sensuality and sexuality with photography and interviews. The talks are every day like, not official and chilled, without any censorship or attempt to correct the linguistic mistakes. Photographs are very intimate, sincere, not posed, taken while the photographer and model are just talking or having a drink in a studio.

Combining film, archive footage and digital masks, Bareuropean is an infotainment piece about totalitarian Europe and its relationship with nudity in the previous century that features a man replicating poses from European statues. Enter Full Screen. Raise the volume. Play it on a loop on 4K.

PIECES OF A RELOCATED BODY

FIND ME ON THE SCREEN